The Baffling Disappearance of Brian Shaffer

Brian Shaffer had everything going for him. A second-year medical student, he was smart, handsome, and had plenty of friends. He was also in a committed relationship with a fellow medical student, Alexis Waggoner. Though he had recently lost his mother to cancer, his friends and family all reported he was handling the loss as well as possible.

We often use the phrase that someone “vanished without a trace” but it seems like in most cases there’s SOMETHING there. A small clue. Words exchanged or something that’s just not quite right. In the case of Brian Shaffer however, there’s nothing. He was simply there one moment and then gone the next.

On the evening of March 31, 2006, Brian Shaffer visited the Ugly Tuna Saloona bar in Colombus, OH. He had spent the night out with his friends, celebrating the start of spring break. It was a Friday night and he attended the last classes before break at Ohio State University where he was a medical student. That Monday, he was due to leave on a trip to Miami with his girlfriend, Alexis for a week-long vacation. She was away visiting her own family before the trip. Prior to going out that night, Brian is said to have gone out with his Dad for a steak dinner. His father said his son seemed tired from all the studying he had been doing lately but otherwise normal.

Brian was last captured on security camera footage outside the Ugly Tuna Saloona bar just before 2 AM speaking to two young women. He then moves off camera, apparently re-entering the bar. A short time later, the bar closed and after looking for Brian and calling him several times without being able to find him, his friends assumed he walked the six blocks home to his apartment and so, they left.

When no one could get in touch with Brian the next day, including his girlfriend and father, they were slightly concerned but not panicking yet. When he failed to show up at the airport for that trip with his girlfriend to Miami on Monday morning, this is when Randy contacted the police and reported his son missing.

Columbus, Ohio is said to be a heavily-surveilled city, with mostly every business being equipped with a camera. Investigators spent hours reviewing footage from the Ugly Tuna Saloona where Brian was last seen and nearby businesses but did not find a single trace of Brian Shaffer. Yet there were 4-5 witnesses inside the bar who placed him inside after surveillance video showed him re-entering at 1:55 AM. He spoke to one of the two friends that were there-Clint Florence and mentioned wanting to go and speak to the band. Whether he actually did is unclear, as band members that night don’t remember speaking with him.

Brian’s father voluntarily submitted to a polygraph test with the police and passed. His other friend he was with that night, Meredith also took a test and passed. Clint, however refused to take a lie detector test and hired a lawyer not too long after. Suspicious, right? Well, maybe. Polygraphs are highly controversial–and many would argue the smart thing to do in a situation like this would be to not take the test. What if you fail but had nothing to do with it?

Regardless of your opinion on a person’s refusal to take a polygraph test, police were able to show that the two friends left the bar as they said they did. Yet Brian was not captured on camera leaving. Why?

More baffling is the fact that police were able to identify and account for every single person that attended the Ugly Tuna Saloona that night except for Brian. 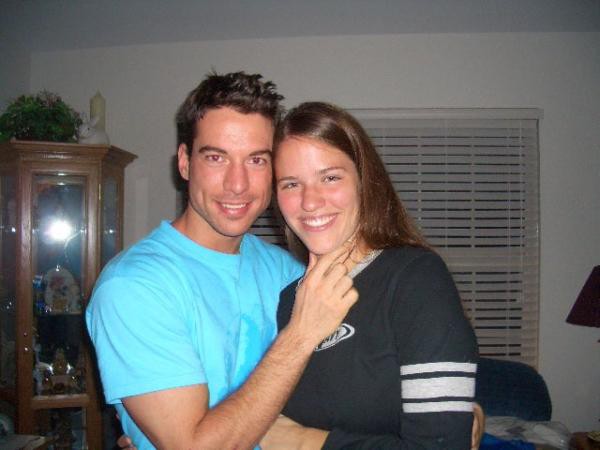 Brian’s girlfriend, Alexis made calling Brian’s cell phone a part of her nightly routine for months after his disappearance. While it would always go straight to voicemail, one night in September, nearly six months after his disappearance–it rang. Alexis later recalled during an interview that it was the best sound she had ever heard and she kept calling it to hear it over and over again.

A popular theory among followers of this case is that Brian is still in the Ugly Tuna Saloona due to the fact he was never captured leaving on security footage. Investigators determined this to be unlikely however, as they did a thorough search of the property and found no sign of Brian. While there were rennovations underway, it has been reported that there were not spots in which Brian could have fallen and disappeared, at least not without being discovered.

I personally believe it’s more likely that Brian left via an emergency exit or for whatever reason, was simply missed by the surveillance cameras. While I’m not an expert, perhaps it’s possible he was missed due to walking behind someone or his image was otherwise obscured somehow.

In 2008, 2 years after Brian’s disappearance, his father Randy was killed in a tragic freak accident when he was hit by a tree branch from a storm while out in his yard. With his mom having passed away three weeks before Brian’s disappearance, Brian going missing, then his father being killed in such a tragic way in 2008, the only surviving member of he Shaffer family is Brian’s brother, Derek. I can’t imagine how he must feel having lost all of his immediate family members within a span of three years.

Brian’s girlfriend at the time, Alexis has since gone on to be a doctor and married someone else with whom she had 2 children. At 13 years after his disappearance, Brian would have just recently celebrated his 40th birthday. Yet the public is no closer to knowing what happened to Brian than they were the night he walked into the Ugly Tuna Saloona, never to be seen again.

The Disappearance of Brian Shaffer-Wikipedia Page

Brian Shaffer is a caucasian male with light brown hair and hazel eyes. He has a tattoo of a Pearl Jam symbol on his upper right arm. At the time of his disappearance, he occasionally wore wire-framed eyeglasses. Shaffer has a black spot on his left iris.